The Origin of Jiu Jitsu

Jiu Jitsu, unlike other martial arts, did not evolve from one source, tradition, or root. Instead, it has taken various courses and travelled through many Asian countries before its final development in Japan.

The general idea embraced by most historians is that systemized martial arts techniques came from India, along with Buddhism (Dharma). The Buddhist Monks who first began to develop Jiu Jitsu were men of great wisdom who possessed a perfect knowledge of the human body. Consequently, they applied laws of physics such as leverage, momentum, balance, centre of gravity, friction, weight transmission and manipulation of the human anatomy’s vital points in order to create a scientific art of self-defence.

The art of the Samurai

From India Jiu Jitsu travelled to China and then to Japan. The period of Japanese history between the 8th and 16th centuries was covered with constant civil war and many systems of Jiu Jitsu were utilized, practiced and perfected on the battlefield. This training was used to conquer armoured and armed opponents.

The earliest recorded usse of the word “Jiu Jitsu” happen s in 1532 and is coined by Hisamori Tenenuchi, when he officially established the first school of Jiu Jitsu in Japan. The history of the art during this time is uncertain because teachers kept everything secret to give their art a feeling of importance and then would change the stories to suit their own needs.

Following the adage “living in peace, but remembering the war”, the traditions of classical budo (martial arts) required that everyone should learn a method of self-defense for those situations where weapons could not be used, so the practice of Jiu Jitsu continued to spread.

Jiu Jitsu came to Brazil with a Japan’s champion Judoka and Jiu Jitsu fighter – Mitsuyo Maeda – as many Japanese people were immigrating to Brazil at that time. A Brazilian diplomat named Gastão Gracie helped the colony with land and cattle and also helped Maeda secure his citizenship in Brazil. In return for this help, Maeda went against the Japanese tradition and volunteered to teach real and effective Jiu Jitsu to a non-Japanese, Gastão’s oldest son, Carlos Gracie. Carlos learned for a few years and eventually passed his knowledge to his brothers.

Helio Gracie, the youngest son of Gastão, was always a very physically frail child. Due to his condition, most of the techniques he had learned from watching Carlos teach were particularly difficult for him to execute. Eager to make the techniques work for him, he began to modify them to accommodate his weak body. Emphasizing the use of leverage and timing over strength and speed, Helio modified virtually all of the techniques and created Gracie/Brazilian Jiu Jitsu.

An example of courage and determination, Hélio became a national hero in Brazil. After a lifetime of combat, he continued to teach the art and had the same determination to make Jiu Jitsu his lifestyle and life purpose. He is recognized worldwide as the father of Gracie Jiu Jitsu and passed away at peace with all this work on January 29th, 2009. 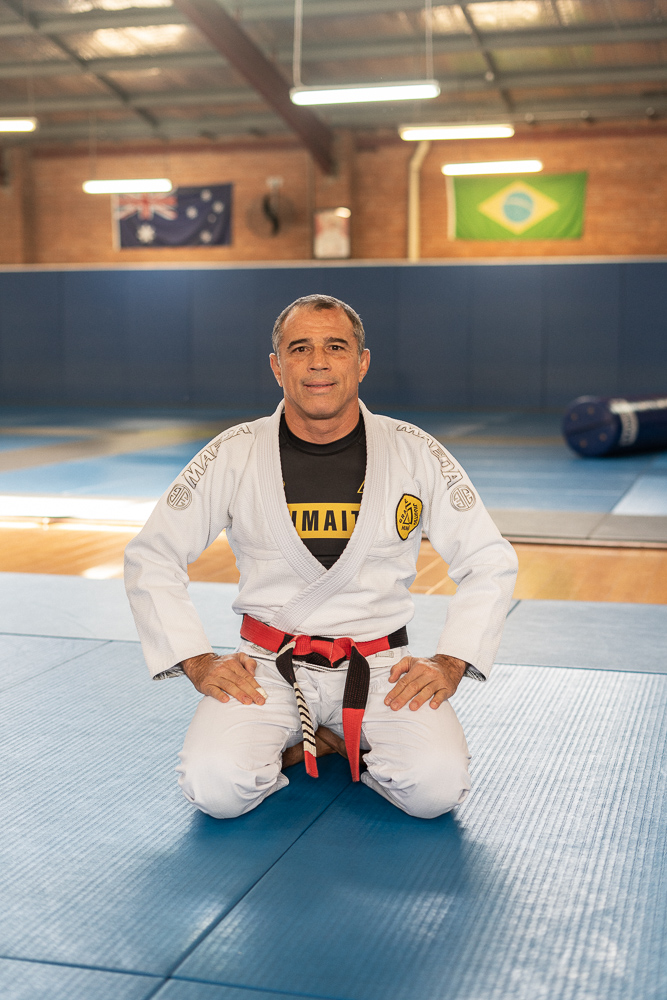 Born on December 6, 1965, in Rio de Janeiro, Brazil, he was respected as one of the best teachers in the Gracie Family, by his father, Grandmaster Helio Gracie. Training with his brothers from an early age, Royler bore and uncanny resemblance to his father. As the smallest of his brothers, his light frame, weight and size gave him no choice but to develop a strategy reminiscent of his father and a remarkable technical proficiency, which allowed him to persevere against much larger opponents.

In the early 1990s, Royler emigrated to the United States to help establish the Gracie Academy in Los Angeles, along with brothers Rorion, Rickson and Royce. He currently uses this experience to serve as a coach and has recently relocated to San Diego, California to focus his efforts on teaching in the US.